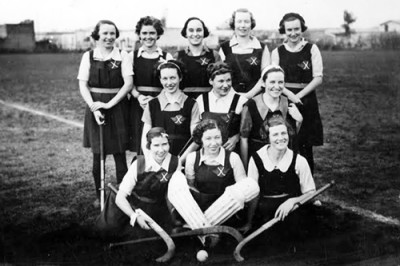 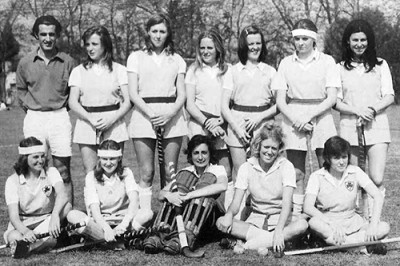 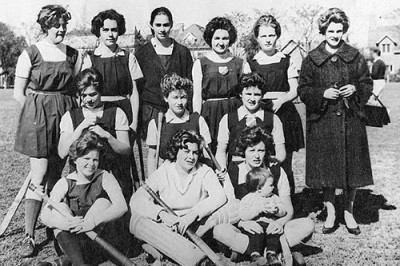 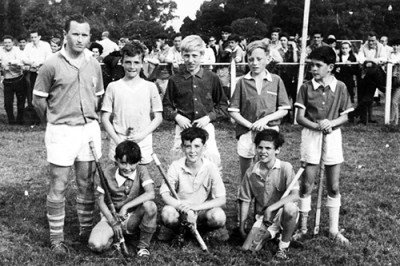 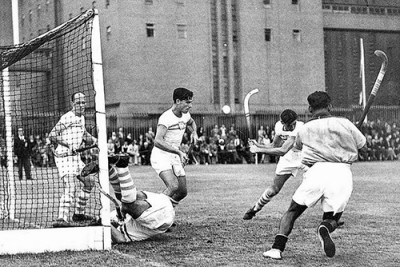 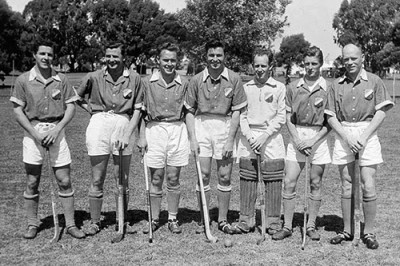 In June 1930 a notice was published in The Southern Cross, seeking players interested in playing field hockey for the Argentine Federation of Hurling, in a move orchestrated by Mary P. Richards and Tabby Gramática Brown. There was an enthusiastic response to the call and with the collaboration of Patrick (Paddy) Gramática Brown – one of the most famous referees at that time in the sport – a team christened the Golden Wings began training with a view to competing in the Women’s Hockey League. The club joined the Argentine Association of Amateur Field Hockey (AAAH) and the following May made its debut in associations league against Saint Andrew’s Past Pupils. The team was quick to make an impact in the sport and some time later the sports magazine El Gráfico published a photo of six sisters from the Fox family who played for the Golden Wings. The ladies team won their First Division championship in 1958.

Whilst the motivation of the male club members in adopting hockey is unclear, one can identify some of the influences involved. In particular, members were already familiar with the game through the women’s division ‘Golden Wings’. There was also likely to have been a feeling among members that they could excel at the game given their expertise with a hurley. They began to practice and play friendlies in the latter part of 1941, and in 1942 they joined the AAAH and began to compete in its main tournament. Another group took up rugby.

The first official male field hockey game played by Hurling Club was in May 1943 against Quilmes Athletic Club ‘B’ team. They won the first match by 2-0 and the first goal in competitive hockey was scored by Cecilio McCormack, who some years later would become president of the AAAH. The Standard newspaper reported that Hurling had committed a number of unusual offences during the match, including kicking the ball with their feet. By the end of the first season the men’s hockey team were crowned champions of the second division. In their first year in the premier division, they were unlucky in losing the top spot to Quilmes by a single goal. Following that, however, Hurling came to dominate Argentine hockey for the next seven years, winning the first division championship in 1949, 1950, 1951, 1953, 1954, 1955 and 1956.

Such was the club’s rise to prominence in the sport that three forwards and two midfielders were chosen to be part of the hockey team that competed in the 1948 Summer Olympics in London. These were Tomás Quinn, Luis Scally, Tomás Scally, Tomás Wade and Guillermo Dolan. The goalkeeper Mario Vieytes from the Club was pre-selected, but was not included in the final list. The team travelled to London by ship, together with distinguished sportsmen such as the basketball player Oscar Furlong, and Delfor Cabrera, winner of the marathon. Their training and practice sessions were held on the ship’s deck. In their first group game they lost to India 1-9 (eventual gold medal winners), won 3-2 against Spain and drew 1-1 with Austria. Overall they came second in the group, but this was insufficient to allow them to progress to the semi-finals.

We are a club stemmed from the Irish community in Argentina.